What is Gas or Flatulence?

This is a natural bodily reaction but can become progressively worse depending on a person’s medical condition and/or dietary intake.

The Top 9 Foods and Drinks That Can Cause Gas 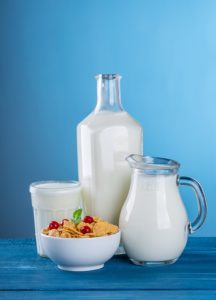 One of the leading food categories responsible for flatulence would be dairy.

Yes, dairy products are filled with protein and good nutrients but can also give rise to trapped air in the body.

Lactose is defined as a sugar that is found in milk and/or other dairy products such as ice cream, yogurt, and cheese.

Individuals that have a pre-existing disposition for not producing lactase can end up finding it hard to handle lactose (i.e. lactose intolerance).

In such cases, a person will notice a rise in gas production once they have consumed milk, cheese, yogurt, or any other dairy product with lactose.

Anyone that is lactose intolerant needs to be careful of what they’re consuming due to this symptom.

Before diagnosing yourself as lactose intolerant, it’s best to speak to a qualified physician to learn more about your body.

Anyone that is dealing with lactose intolerance is highly recommended to make use of alternatives such as soy and/or almond milk. Otherwise, you are also welcome to consume lactase tablets before consuming dairy products. 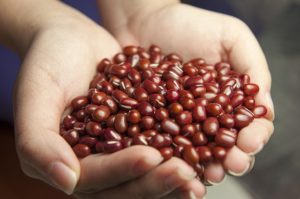 This is a common food that is noted for its fiber, and there’s a reason kids call beans the “magical fruit.”

Beans have to be right at the top when it comes to gas production. The reason your body tends to produce gas after consuming beans has to do with raffinose.

This is a sugar found in beans that takes time to digest.

Once raffinose goes through the digestive system (i.e. small intestines), it requires additional digesting in comparison to other foods.

As a result, the body has to make up for this by speeding up the process, which creates excess carbon dioxide, hydrogen, and methane gas.

Anyone that is looking to reduce gas production will have to look into their bean consumption. Otherwise, it’s time to get a solution to tame the digestive processes while beans are consumed. 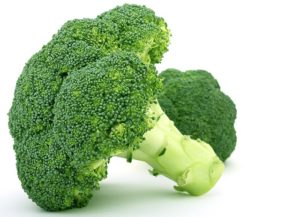 Most people assume vegetables are great for them (they are!) but it’s also important to recognize what can trigger gas production.

Certain vegetables have been noted to increase gas production in the human body including cauliflower, cabbage, asparagus, and broccoli to name a few.

This has to do with a sugar named raffinose that is found in these vegetables.

Similar to beans, raffinose causes issues in the form of veggies too. It is hard to digest and that means it may lead to excess gas.

However, please do speak to a physician before cutting out vegetables as they have more benefits than negatives.

Do you eat a lot of whole grain foods throughout the day?

The average person eats a decent amount of whole grains, which can include wheat and oats. As a result, it’s important to realize whole grain foods have starch, fiber, and raffinose, which is a difficult combination to handle for gas production.

The digestive system has to make use of bacteria to digest these foods and that means gas production is a common reality. 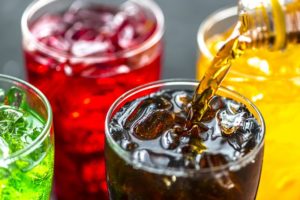 In fact, sodas (various kinds) are noted for creating gas in the body because of how much air is swallowed during the consumption process. This air passes into the digestive tract, which has to go out one way or another.

This can happen in the form of burping or later on when the soda goes through the digestive system.

In general, sodas and other carbonated beverages aren’t good for you and it’s best to limit their consumption as much as you can. 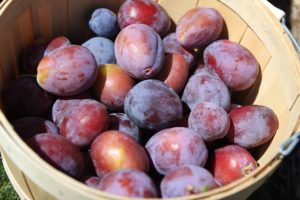 Similar to vegetables, you are going to find certain fruits to be triggering when it comes to gas production.

These fruits can include peaches, apples, pears, and prunes, which have a high amount of sorbitol in them. This sugar is hard to digest similar to raffinose and has to be digested using excess bacteria.

To better handle sorbitol in the human body, it’s important to understand which fruits can cause excess gas in the first place. Otherwise, the body is going to produce additional methane gas, which has to exit via the rectum. 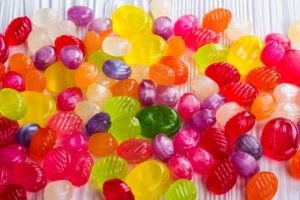 Another underrated food that makes this list would be candy.

This has to do with the extra air that is swallowed while consuming hard candy (i.e. continuous sucking).

Every second the hard candy is in your mouth means more air is swallowed into the digestive tract.

This also has to do with the sorbitol found in hard candies. In general, sorbitol is a complex sugar, which is used to sweeten the top layer.

This adds up in the digestive system and can only be eliminated with the use of excess bacteria. 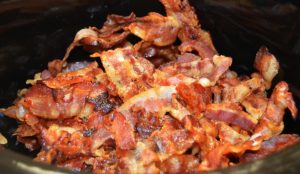 Most people will know processed foods are unnatural and filled with bad ingredients.

However, what they don’t know is how there’s an increase in gas production that comes along with these particular foods.

Whether it is pieces of bread, snacks, cereal, or any other processed food, you are going to be dealing with negative ingredients such as lactose and fructose.

A large number of processed foods can mean an increase in gas production, especially for those unable to digest lactase in the first place. 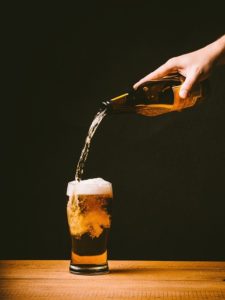 Rounding out our top nine list, is everyone’s favorite, beer. Beer can cause gas, and isn’t usually something you want to drink if you’re dieting, but it’s still hugely popular.

While it can be fun to soak up the suds on a Sunday afternoon watching football, you may have noticed that this is also a good way to give yourself gas.

When you drink beer it actually releases carbon dioxide gas, which then builds up in your stomach.

This can sometimes make you feel bloated, and that carbon dioxide is going to have to get out somehow.

Combine that with the complex sugars and live yeast in beer, and you have a recipe for full blown flatulence.

Sorry, friends, but the only way to avoid it is to cut back on the suds.

Gas or flatulence is a problem many people face on a daily basis and it’s important to keep tabs on your condition at all times.

If this becomes a noticeable problem, please take the time to modify your dietary intake and speak to a qualified specialist as soon as possible.

If this condition continues to worsen, it can start to impact your quality of life!

Norman Schmidt, M.Ed., is a husband, father, and author. He is passionate about health and nutrition, and has authored numerous articles on both subjects. He currently holds a Master's degree from the University of Montana, with an emphasis in health education. Learn more about him on our About Page or LinkedIn. 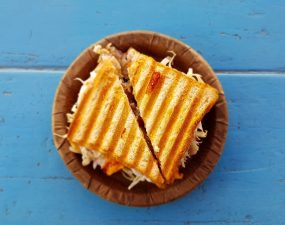 Easiest Ways to Cut Calories from Your Sandwich

(Last Updated On: October 21, 2019)Eating a good sandwich is a tradition that’s passed down from one generation to another. … 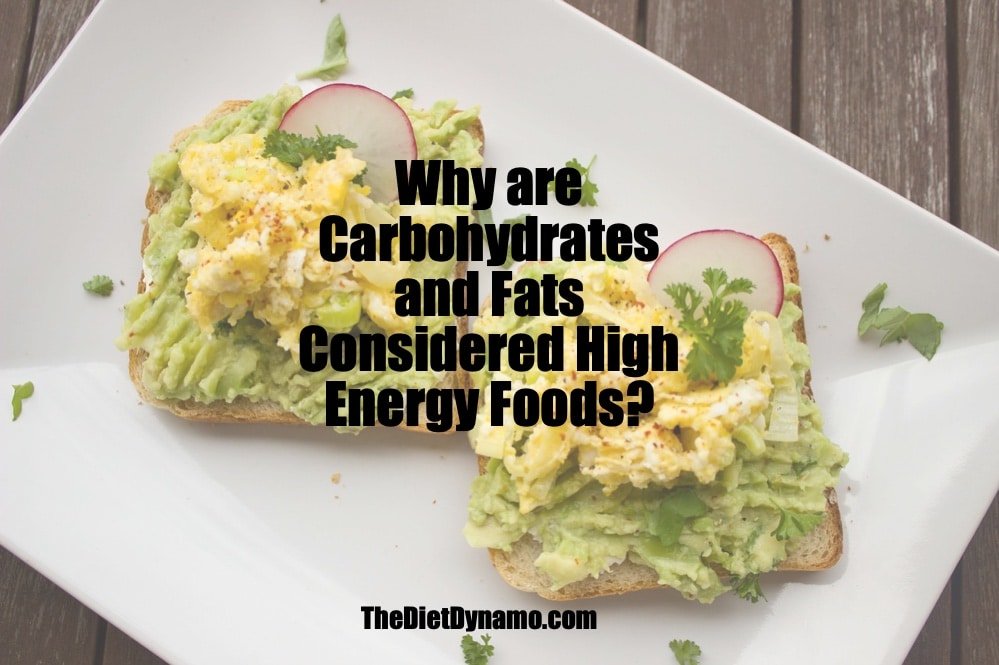 Why are Carbohydrates and Fats Considered High Energy Foods?

(Last Updated On: October 23, 2019)Food is fuel. This is mantra that you hear from a wide variety of different … 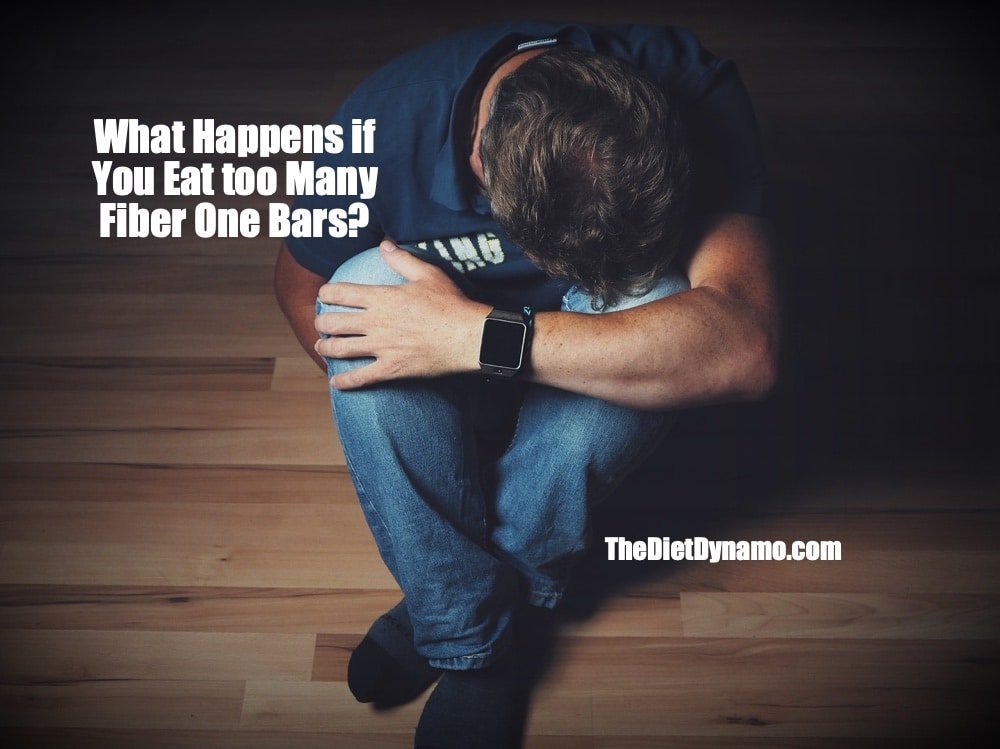 What Happens if You Eat Too Many Fiber One Bars? It Ain’t Pretty

(Last Updated On: October 23, 2019)Fiber One bars are generally considered a healthy snack choice by those trying to stick … 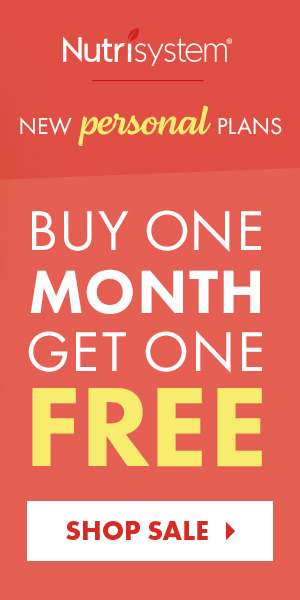 Hello and welcome to DietDynamo.org. I'm Norman Schmidt, M.Ed, the founder and head reviewer for the website. Here you will find real reviews and information about some of our favorite diets. Learn more about me & our mission on our About Us page.